Every label on the Misplaced Rivers’ cans, designed by Forty Eight Level One, is a collage created and impressed by the rivers they have been named after. The colour tones are wealthy and mysterious and assist set up a particular feel and look for the model whereas nonetheless sustaining a cohesive assortment. The wordmark encapsulates the model’s mission of looking for out the unfamiliar. The can’s labels are easy, but look nearer, and you will find your self enamored with the main points. 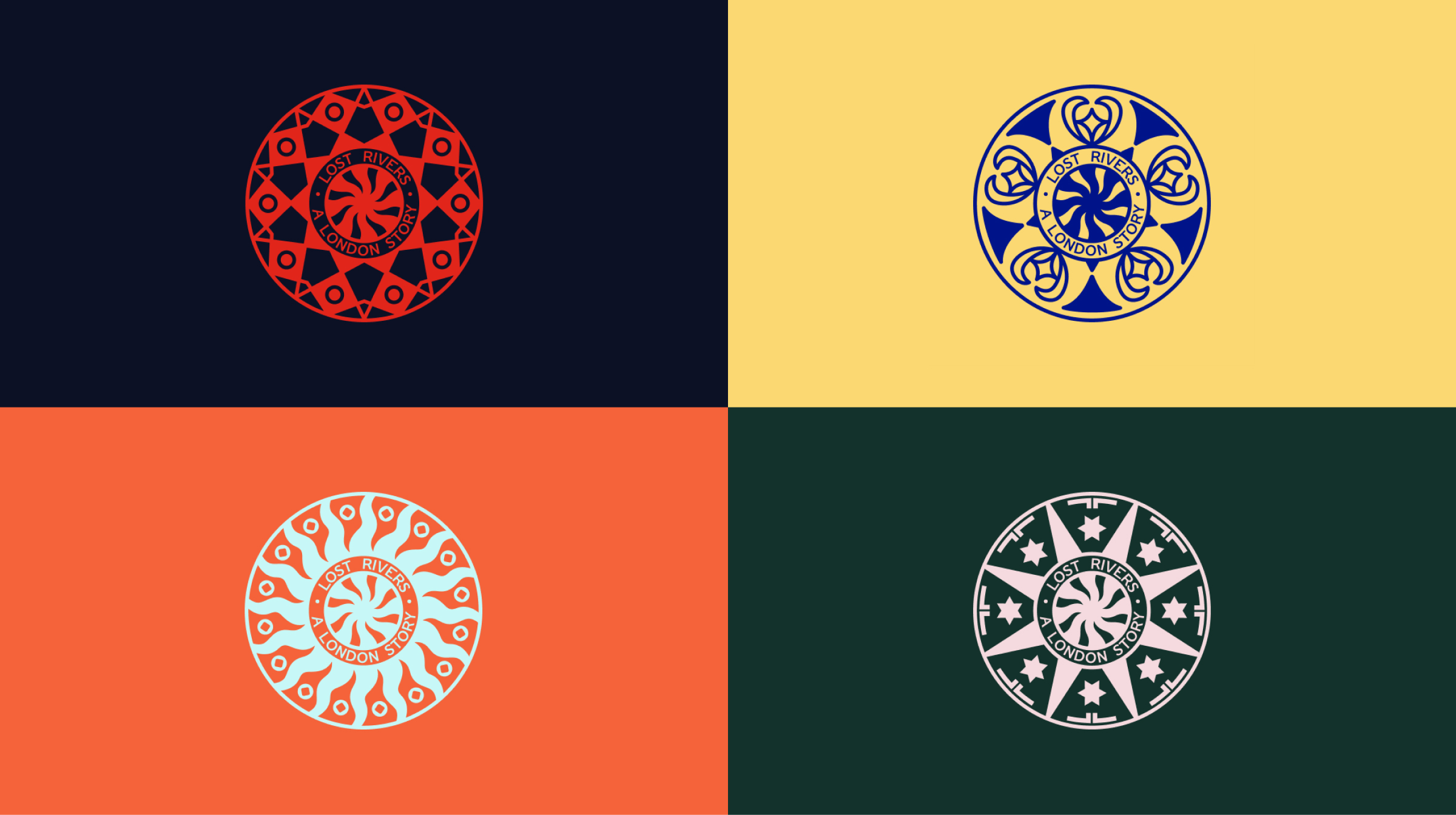 Based in 2018, Misplaced Rivers is an bold, London-based craft beer model, named after the hidden waterways winding their method via the capital.

As they appeared to broaden the enterprise, they have been eager to determine a extra distinctive feel and look for the model that would develop internationally.

We have been charged with growing a packaging system and model id that might keep true to their East Finish roots, convey their ardour for championing the lesser-known, and uncelebrated, and assist them stand out in a fiercely aggressive and crowded market.

A brand new wordmark, utilising a forgotten typeface found on a crumbling check in Soho, encapsulated the model’s ‘hunt down the sudden and unfamiliar’ ethos and helped set the tone for what adopted. 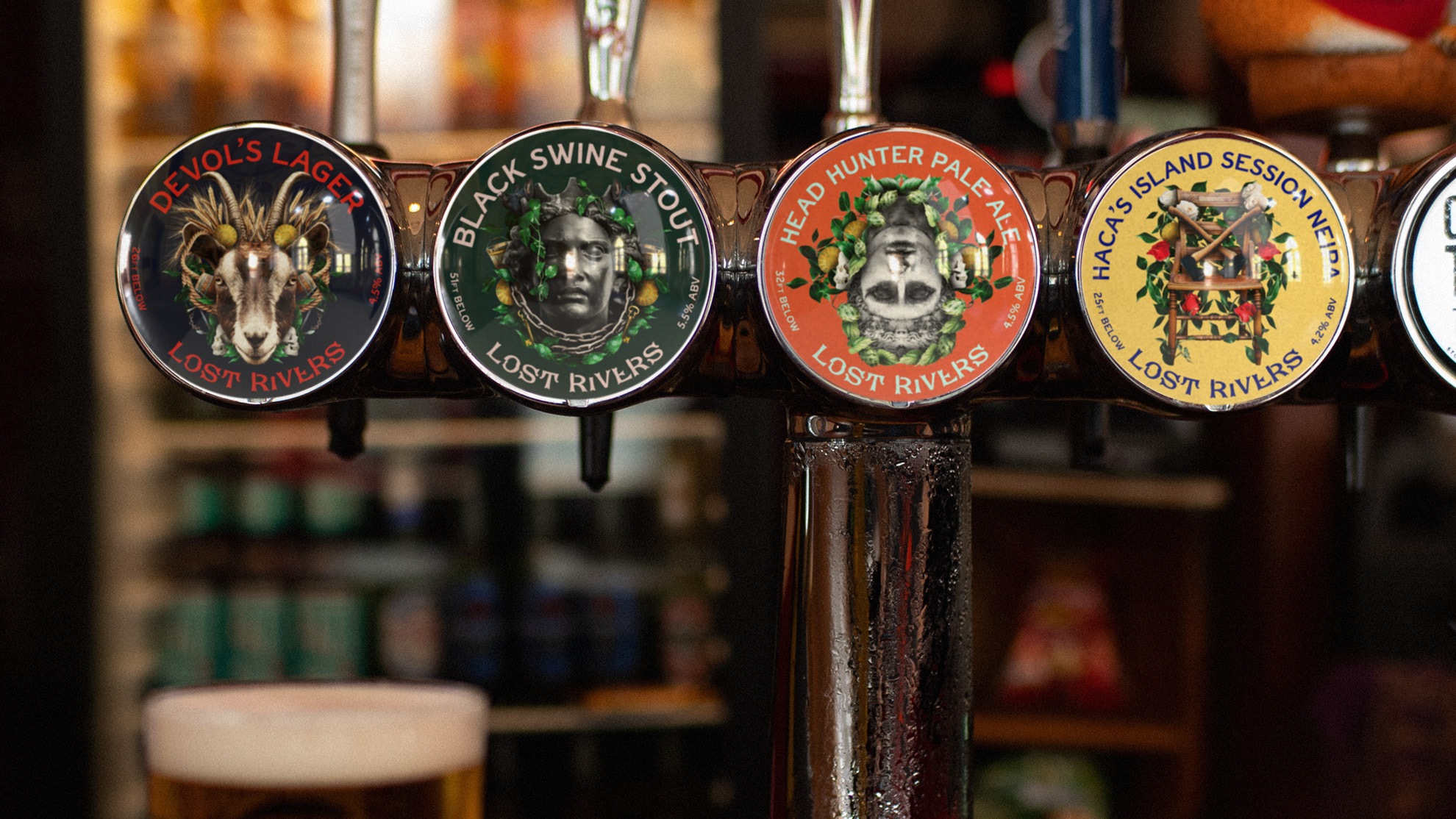 A brand new wordmark, utilising a forgotten typeface found on a crumbling check in Soho, encapsulated the model’s ‘hunt down the sudden and unfamiliar’ ethos and helped set the tone for what adopted.

With a variety of latest beers able to be launched, we created a sequence of distinctive collages that subtly drew inspiration from the rivers they have been named after.

Placing sufficient to seize the eye of the informal drinker, they offered intriguing visible cyphers, able to be decoded by the extra dedicated and curious.

We then developed a wealthy, vibrant, and, at occasions, wilfully odd tone of voice to seize the spirit of the hidden metropolis, and the singular, maverick characters that inhabit it.

A match for the model’s new visible id, it rewarded the curious who have been ready to dig that little bit deeper. 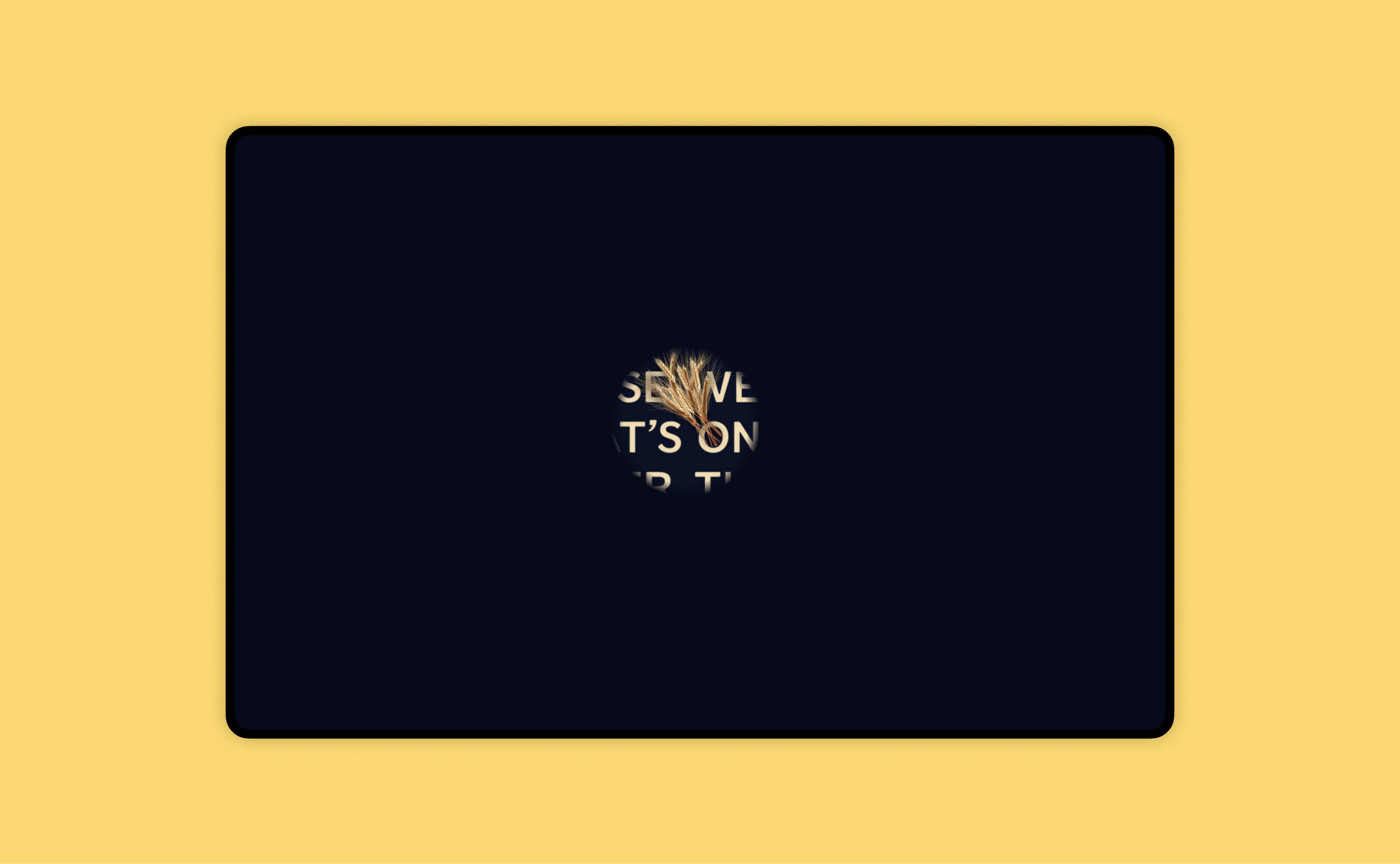 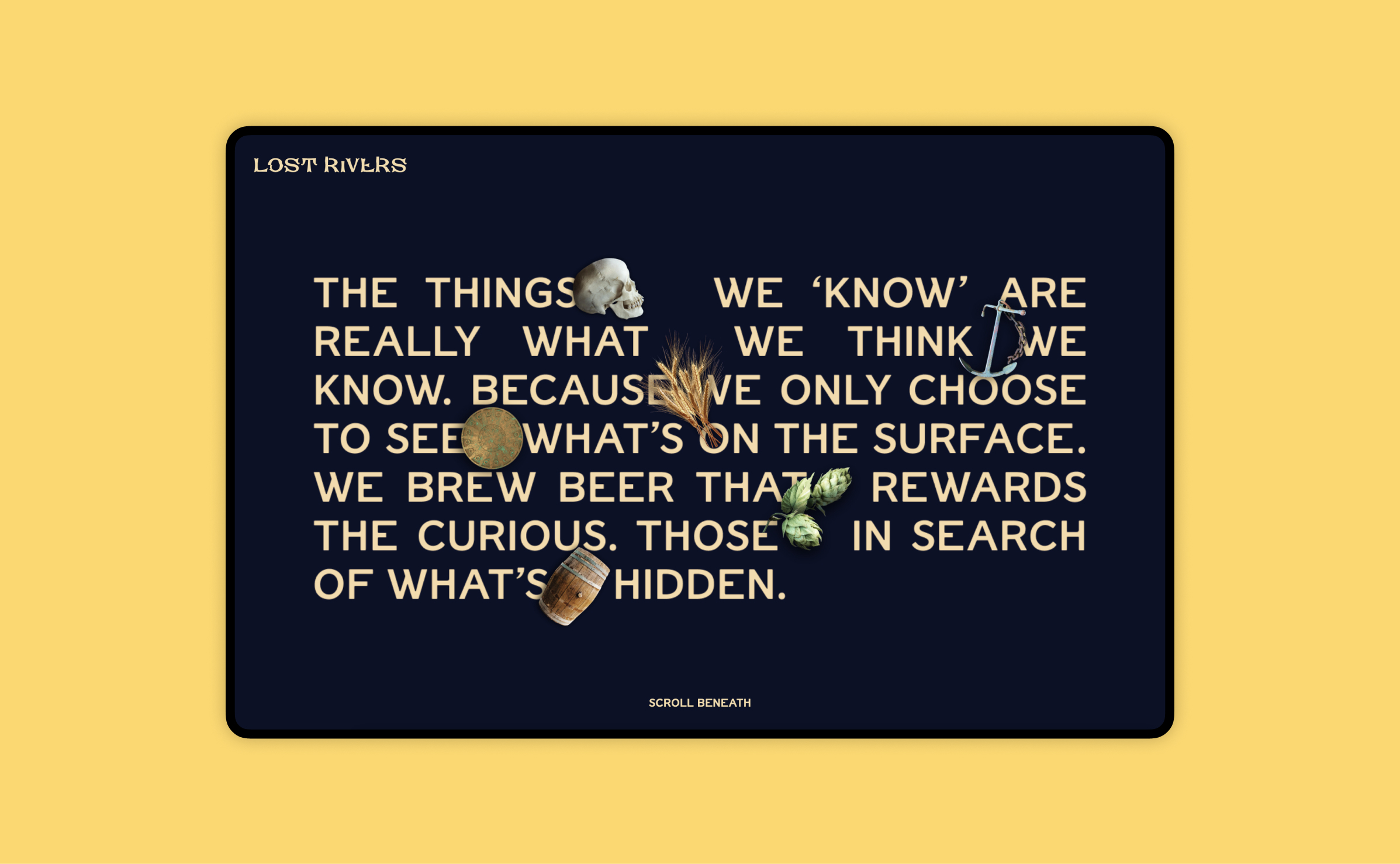 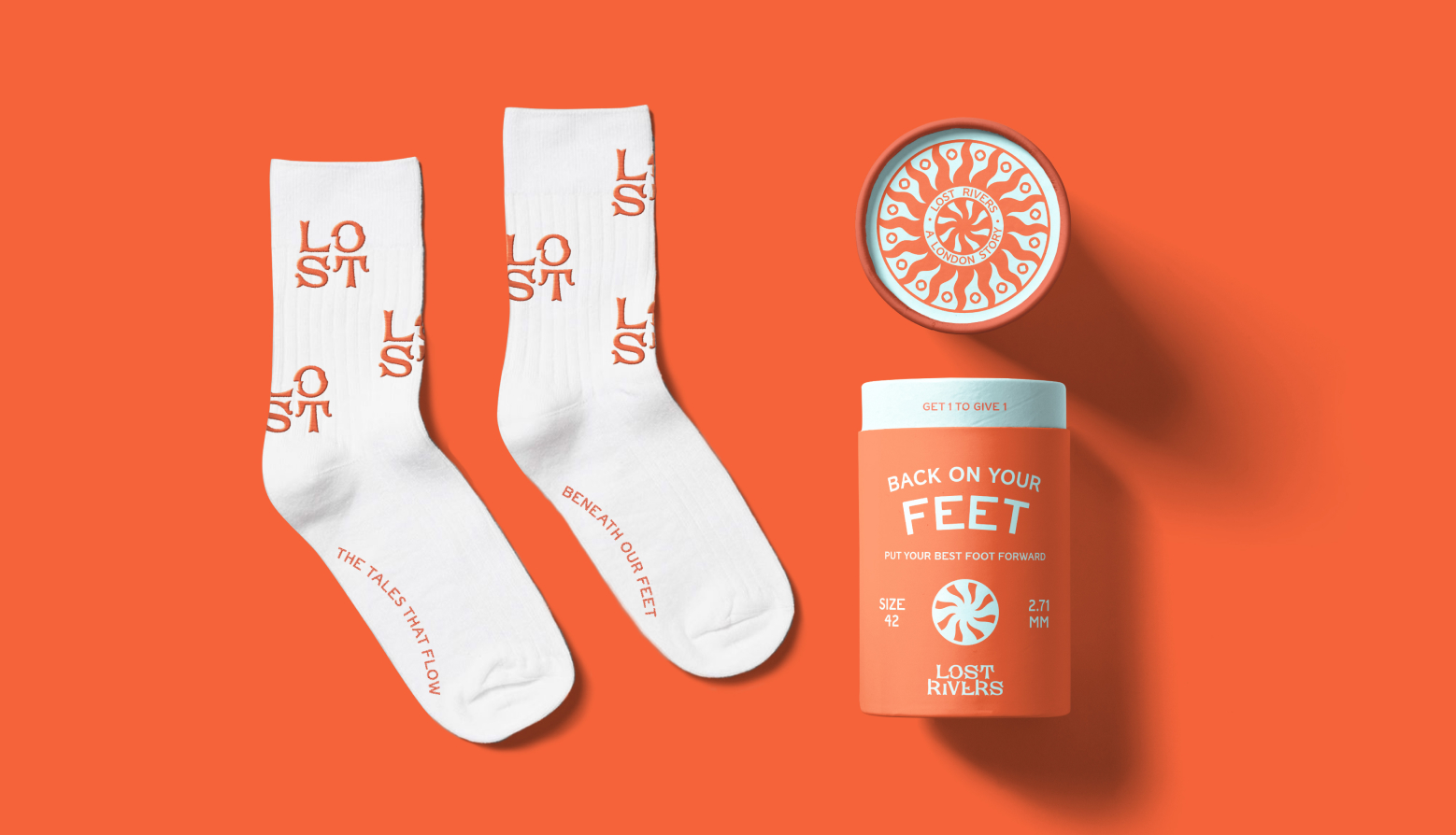 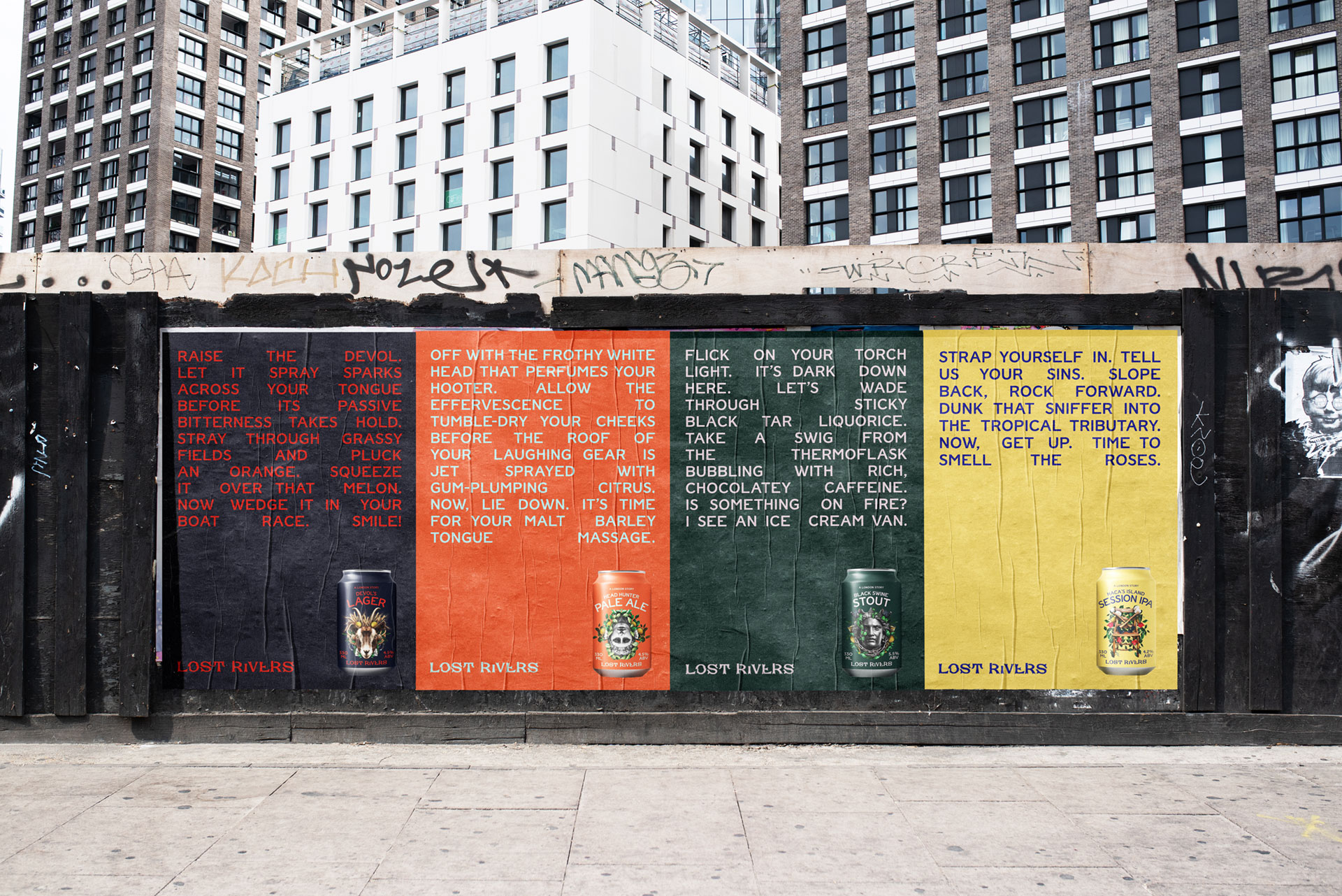